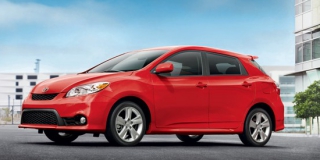 Toyota announced strong first quarter results Friday with sales increasing by more than a million units, revenues up 60% and net income rising to $3.6 billion. The numbers represent a significant turnaround from a year ago when the company suffered production setbacks due to a major earthquake/tsunami in Japan on March 11, 2011.

“In all regions, vehicle sales increased significantly due to strong recovery of demand which had suffered last year from the lack of supply caused by the Great East Japan Earthquake, said TMC Senior Managing Officer Takahiko Ijichi. “Despite the Yen’s appreciation, operating income increased substantially thanks to increased vehicle sales and cost reduction efforts including our company-wide activities.”

Financial forecasts for the fiscal year remain unchanged as follows:

By submitting your email address or phone number, you allow us, Russelle Toyota, to include you on our contact lists to send you information about our products, services and promotions. You may revoke consent at any time by clicking on the "Unsubscribe" link in your email.